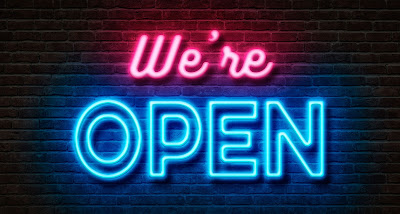 After the 2016 United States Presidential Election I started this blog as a Bluehost-hosted Wordpress site - in reaction to my shock about the election of Donald Trump. I was able to post for a while but with a family, work, grad school, etc. it began to lay fallow in 2017.

I'm a software engineer turned data scientist, currently pursuing my Master's Degree in Strategic Analytics at Brandeis University. It's taking a while, as I'm enrolled part-time while working full-time at Dell Technologies - though the end is in sight, as I'm enrolled in class 9 of 10. If all goes well, I will complete my studies this fall. Needless to say, what you see here is my own opinion and not that of Brandeis University nor Dell Technologies.

I'm trying to bring this blog back online. While I anticipate injecting my opinion, you can get opinions anywhere. What I'm hoping to add to this is a lot of data. I love studying the science behind polling - I've done a number of my research papers at Brandeis on topics such as Data Governance in Government, Social Media in Elections, and Big Data in Elections. One of the things I plan on doing is reproducing some of the research I've done in this blog, broken into manageable chunks and, where appropriate, made more digestible for the lay reader. I've been pursuing this degree long enough so that I'll still be providing academic citations where appropriate - and I'll note when a post comes from research I've done in the past, if it represents new research, if it is pure opinion, etc.

Funny thing about the Bluehost thing. When I decided to bring my blog back to life I discovered it had gotten shut down due to violating terms of service - claiming my blog was phishing. I little poking led to the detection of malware. After some time with support I asked them to shut my hosting down and I moved my domain to Blogger. I'm a techie but I really didn't want to be unraveling malware on a remote server... I really want to focus on producing content - something I don't have much time for to begin with. To start I'm hoping for a few posts per month.

It's fair to get my own biases out of the way. Though in my 20s and early 30s I was a Republican (fiscal conservative, social liberal) I've shifted to a more liberal Democrat. Paul Krugman summarizes my view well in his book The Conscience of a Liberal:


I believe in a relatively equal society, supported by institutions that limit extremes of wealth and poverty. I believe in democracy, civil liberties, and the rule of law. That makes me a liberal, and I’m proud of it.


Unsurprisingly, I'm not a fan of Donald Trump. I've seen presidents I didn't vote for in the past - I was not, for example, a supporter of Bill Clinton (though if I were to go back in time I would be...) But generally speaking, I believe Donald Trump has been a destructive president.

I'm a supporter of LGBTQ+ rights - I was even before my daughter came out. I believe in the wall of separation between church and state. I support immigration and Dreamers - when I checked my own family history via Ancestry.com and various immigration records I discovered it is possible some of my ancestors in the early 20th century may have neglected to enter the country legally. (If they did, they managed to avoid leaving a paper trail). I'm a supporter of gun control.

Fortunately, I live in Massachusetts, where those views put me pretty close to the mainstream... Yes, I'm that Massachusetts Liberal your parents warned you about...
Labels: Personal