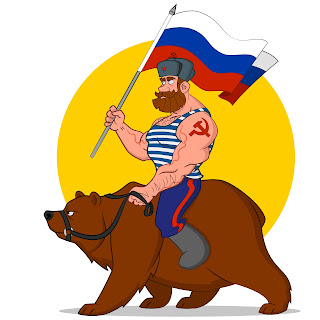 I'm currently working on a research paper about the email hacks of the 2016 US Presidential Election - specifically those against the DNC and against Clinton chairman Podesta.

That made a recent Tweet from Donald Trump get my attention:

Why didn’t President Obama do something about the so-called Russian Meddling when he was told about it by the FBI before the Election? Because he thought Crooked Hillary was going to win, and he didn’t want to upset the apple cart! He was in charge, not me, and did nothing.
— Donald J. Trump (@realDonaldTrump) May 27, 2018

The line that truly gets to me is his referring to "the so-called Russian Meddling". My paper isn't focused on their meddling in general but rather on the hacking. On that front there is certainty that Russia was behind the hacks.

Specifically, in September 2015 the FBI warned the DNC their computers had been compromised by Russian hackers. Failing to reach anyone in authority, they warned again in November of 2015 that one of their computers was sending information to Russia (CNN Library, 2018). In June of 2016 the Washington Post reports that the Russian government had penetrated the DNC's computer network. The firm CrowdStrike identifies two hacker groups, both working for the Russian government, dubbed Cozy Bear and Fancy Bear (Nakashima, 2016).

Cozy Bear gained access initially, back in July of 2015. They are believed to be associated with Russia's foreign intelligence service, SVR (Modderkolk, 2018). Fancy Bear broke in later and is associated with the GRU (Thielman & Ackerman, 2016). While Guccifer 2.0 claimed credit for the latter attack, that claim suffered a severe blow when, in 2018, that user neglected to activate their VPN to mask their location - an IP address in Moscow at GRU headquarters (Newman, 2018). Guccifer 2.0 is almost certainly not a hacker per se but rather a persona created by GRU (Schwartz, 2018).

Thielman, S., & Ackerman, S. (2016, July 29). Cozy Bar and Fancy Bear: did Russians hack Democratic party and if so, why? The Guardian. Retrieved from https://www.theguardian.com/technology/2016/jul/29/cozy-bear-fancy-bear-russia-hack-dnc